First Friday at Studio One!
September 4th
check it out: poetry & video by 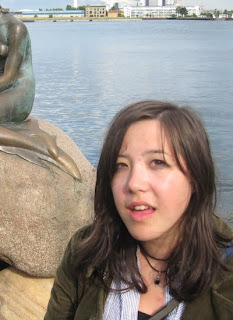 Gillian Hamel’s poetry has appeared or is forthcoming in Sorry IV Snake, Back Room Live, and Calaveras. She is a professional paper-shuffler who offers editorial assistance for fellow writers, local publishers, and the grammatically impaired, and is currently pursuing an MFA in creative writing at St. Mary’s College of California.

Scott V. lives and works in Oakland, Ca. He is a husband, a dog owner, and a salesman. Visit him at: www.ahatandahandgrenade. 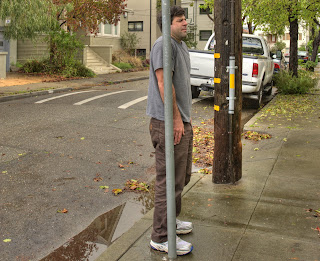 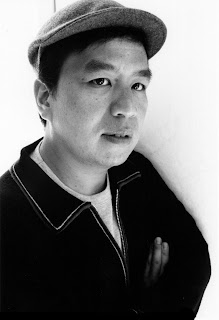 Truong Tran is a poet and visual artist. His publications include, The Book of Perceptions, Placing The Accents, dust and conscience (awarded the San Francisco Poetry Center Book Prize in 2002), within the margin and Four Letter Words. He is the recipient numerous awards and fellowships including two San Francisco Arts Commission Individual Artist Grants in poetry, The Arts Council of Silicon Valley Grant, The Califoria Arts Council Grant, The Creative Work Fund Grant, The Fund For Poetry Grant and most recently The San Francisco Arts Commission Grant in Visual Arts. Truong lives in San Francisco, teaches at SFSU and is a Visiting Professor at Mills College. He will have a solo exhibition of his artwork in Feb. 2010 at The Mina Dresden Gallery in San Francisco.


Doors at 7
Reading at 730 (sharp, for reals)
donation for entry
wine and beer by donation
Posted by Mumolo at 4:39 PM No comments: 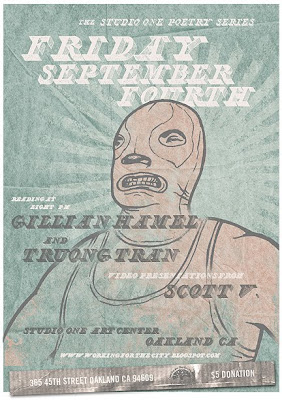 Posted by Mumolo at 2:34 PM No comments:

Working for the city

And, sometimes I work other places too. Come hang out and read books with me at St Mary's College of CA.

Come and discuss the books with a faculty facilitator, then come to a reading of the author, here on the St. Mary's College campus. After one formative meeting (on September 2nd), each session will consist of a 90-minute discussion of one of the author's texts; then, at 7:30, you will have the opportunity to attend a free reading, given by the author here on campus, as a part of the Creative Writing Reading Series, sponsored by the Department of English and the M.F.A. in Creative Writing. The authors are: Matthew Zapruder, Rachel Howard, Jack Marshall, Chris Abani, Susan Steinberg and Rebecca Wolff. For information on the authors, go to http://www.stmarys-ca.edu/arts/creative-writing-reading-series.html.

Instructor Bio:
Sara Mumolo received her MFA from Saint Mary's College of Ca and her BA from University of California, Berkeley. She curates the Studio One Reading Series in Oakland, CA and just finished a session with Academic Studies Associates. 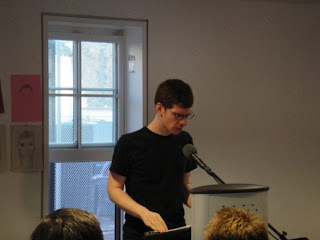 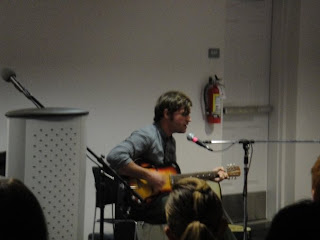 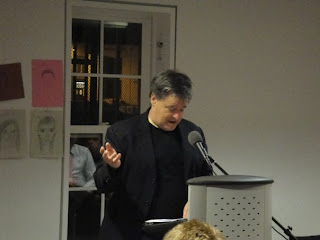 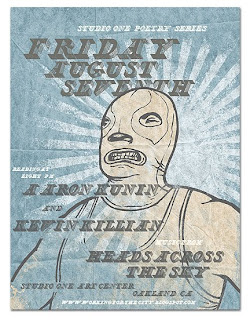 Posted by Mumolo at 3:40 PM No comments:

August 7th is the next First Friday 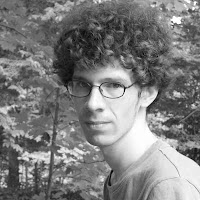 Aaron Kunin is the author of Folding Ruler Star: Poems (Fence, 2005), and a
novel, The Mandarin (Fence, 2008). Another collection, The Sore Throat and Other Poems, is forthcoming. He lives in Los Angeles.

Heads Across The Sky is the side project of Zac Stanley of the bay area band, The Parish. For him this is a way to employ songs that don't enjoy the chains of that band. Stanley takes cues from Howe Gelb/Giant Sand, Kurt Vile, Jeffrey Lee Pierce and other artists where reverb, dry throats and big skies converge. 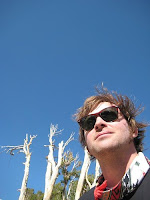 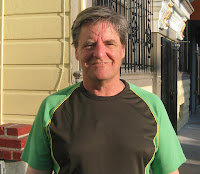 Kevin Killian has written two novels, Shy (1989) and Arctic Summer (1997), a book of memoirs, Bedrooms Have Windows (1990), two books of stories, Little Men (1996) and I Cry Like a Baby (2001) and two books of poetry, Argento Series (2001), and Action Kylie (2008). With Lew Ellingham, Killian has written often on the life and work of the American poet Jack Spicer [1925-65] and with Peter Gizzi has edited My Vocabulary Did This To Me: The Collected Poetry of Jack Spicer (2008) for Wesleyan University Press. For the San Francisco Poets Theater Killian has written thirty plays, including Stone Marmalade (1996, with Leslie Scalapino), The American Objectivists (2001, with Brian Kim Stefans), and Often (also 2001, with Barbara Guest). New projects include Screen Tests, an edition of Killian's film writing, and Impossible Princess, a new fiction collection forthcoming from City Lights Books in 2009. A new novel Spreadeagle will appear in the spring.

Also check out interviews with Kevin Killian and Aaron Kunin on the blog.

Doors open at 7
readings at 7:30
entry by donation
Posted by Mumolo at 1:09 PM No comments: